When we came here 28 years ago, we were all learning. After 5 years of learning, The European Cup took place here and later we tried to organize similar competitions in other parts of Poland, so in a sense, Susz led the way, gave us a certain quality to follow. Today, it is an event at the highest possible level, we have the equipment, we have posibilities, the infrastructure is constantly being developed. In my opinion, it gets better every year, atheletes show better performance and achieve higher scores.

SUSZ- THE CAPITAL OF POLISH TRIATHLON

Everyone who does this demanding sport discipline has heard about tritahlon competitions in Susz.

It is the oldest and still systematically organized triathlon competition in Poland, for which the vast experience is the starting point for organizing a modern and professional event, repeatedly awarded as the best triathlon event in the country by the Polish Triathlon Association. Susz Triathlon is also one of the most important events which promotes Warmia and Mazury region. To prove the point, let us mention the numerous prizes and awards of distinction presented to Susz Commune in PRO Warmia and Mazury competition for the best promotional event in the region. For many years, Susz Triathlon has been organised under the auspices of the Marshal of Warmińsko Mazurskie Voivodship.

The partners of Susz Triathlon see the enormous potential of the competition. Live streams of the event have been broadcast by TVP Info and TVP Sport (public television channels). A longer programme about Susz has been made by TVN24 (news and current affairs TV channel). The full coverage of the event was broadcast by Polsat Sport (a sports programme) and regional branch of TVP.

The event has its own Facebook profile and a regularly updated website. Susz Triathlon is given a widespread coverage from not only newspaper reporters but also spectators and celebrities who post their comments on social media.

One of the examples might be a live broadcast given by AkademiaTriathlony.pl (a trade website) in 2019 in Susz.

Many competitors make it an obligation to include Susz Triathlon competition in their training schedule, which this year takes place from 26th  to 28th  June. 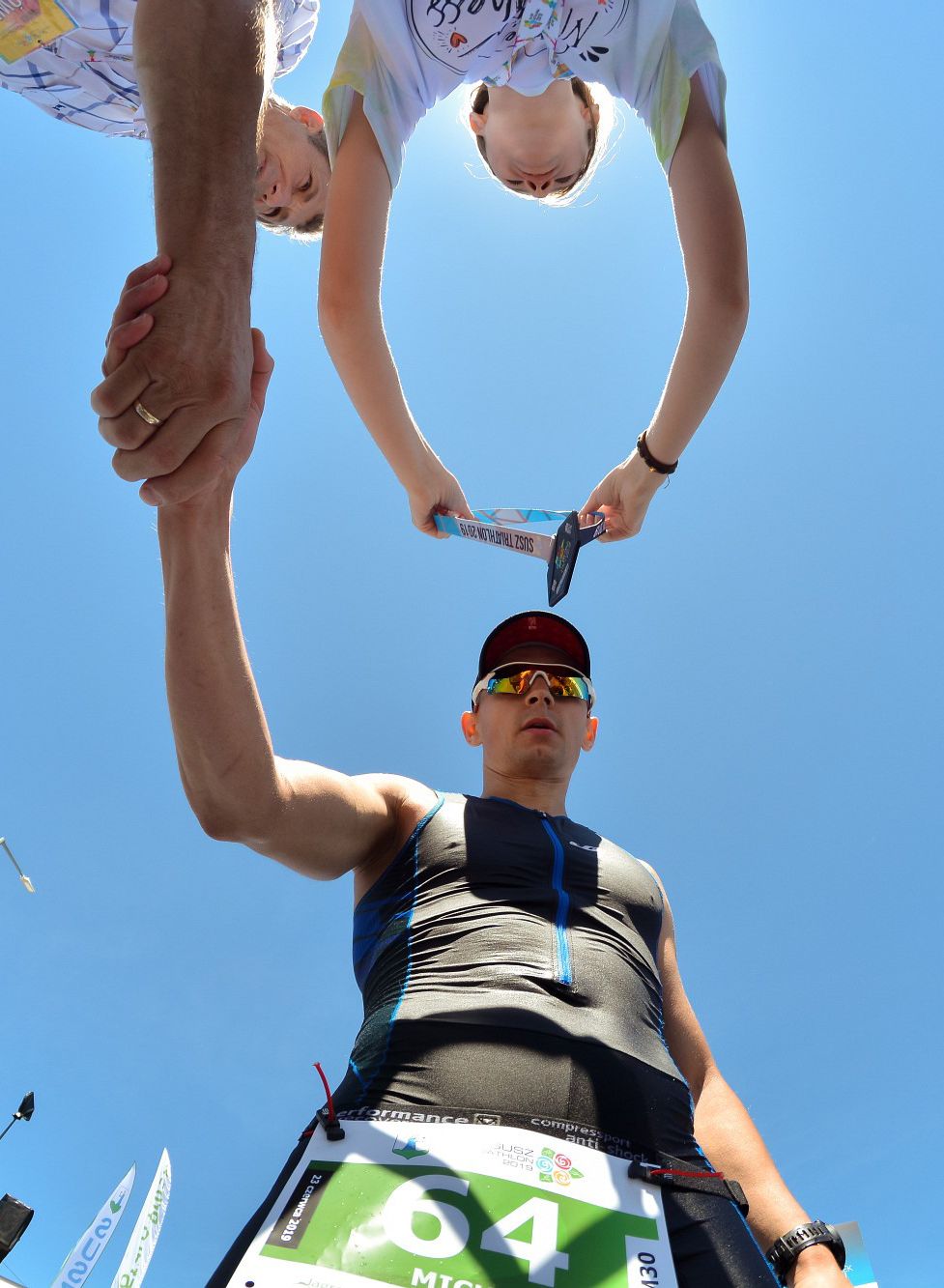 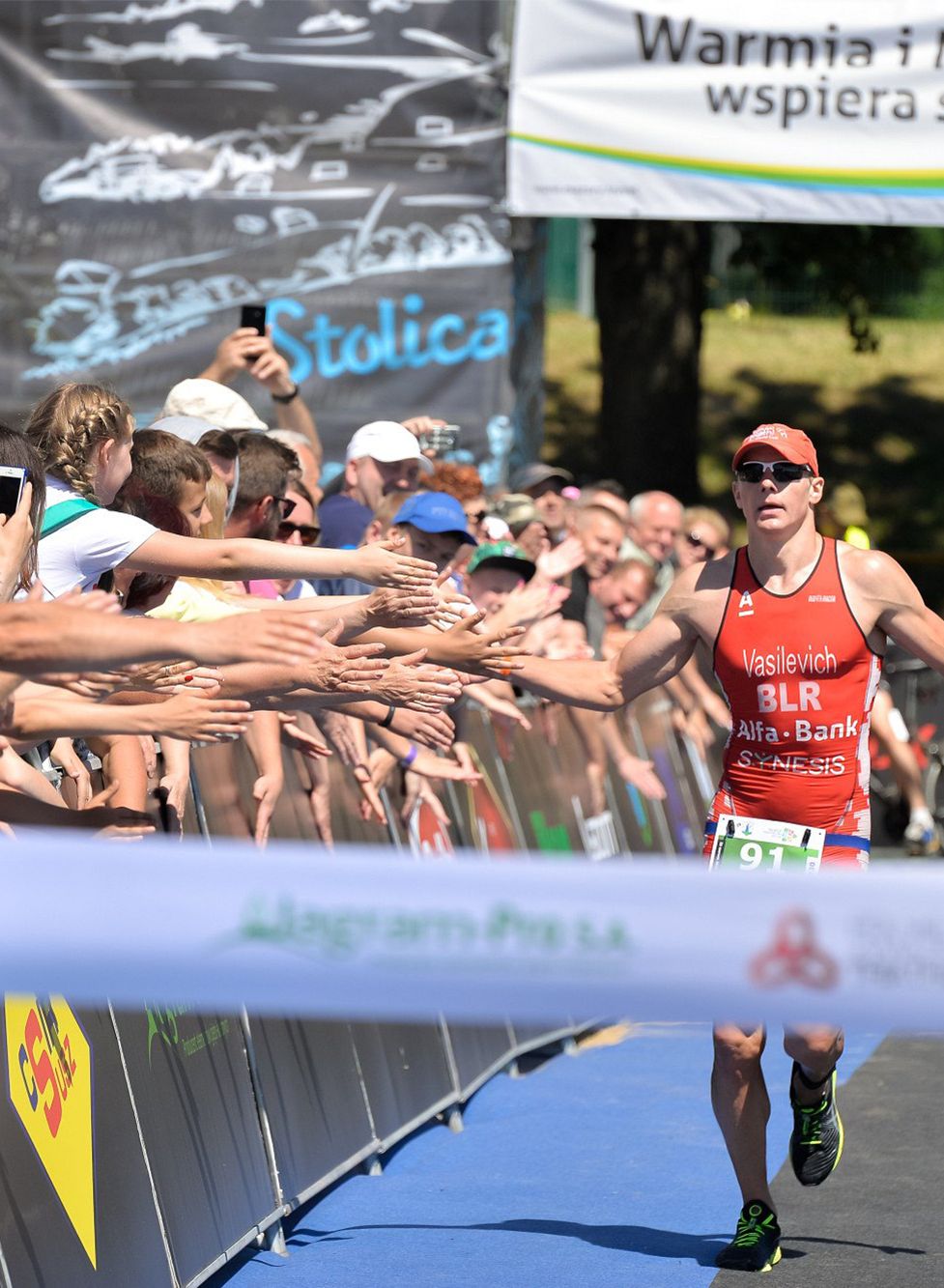 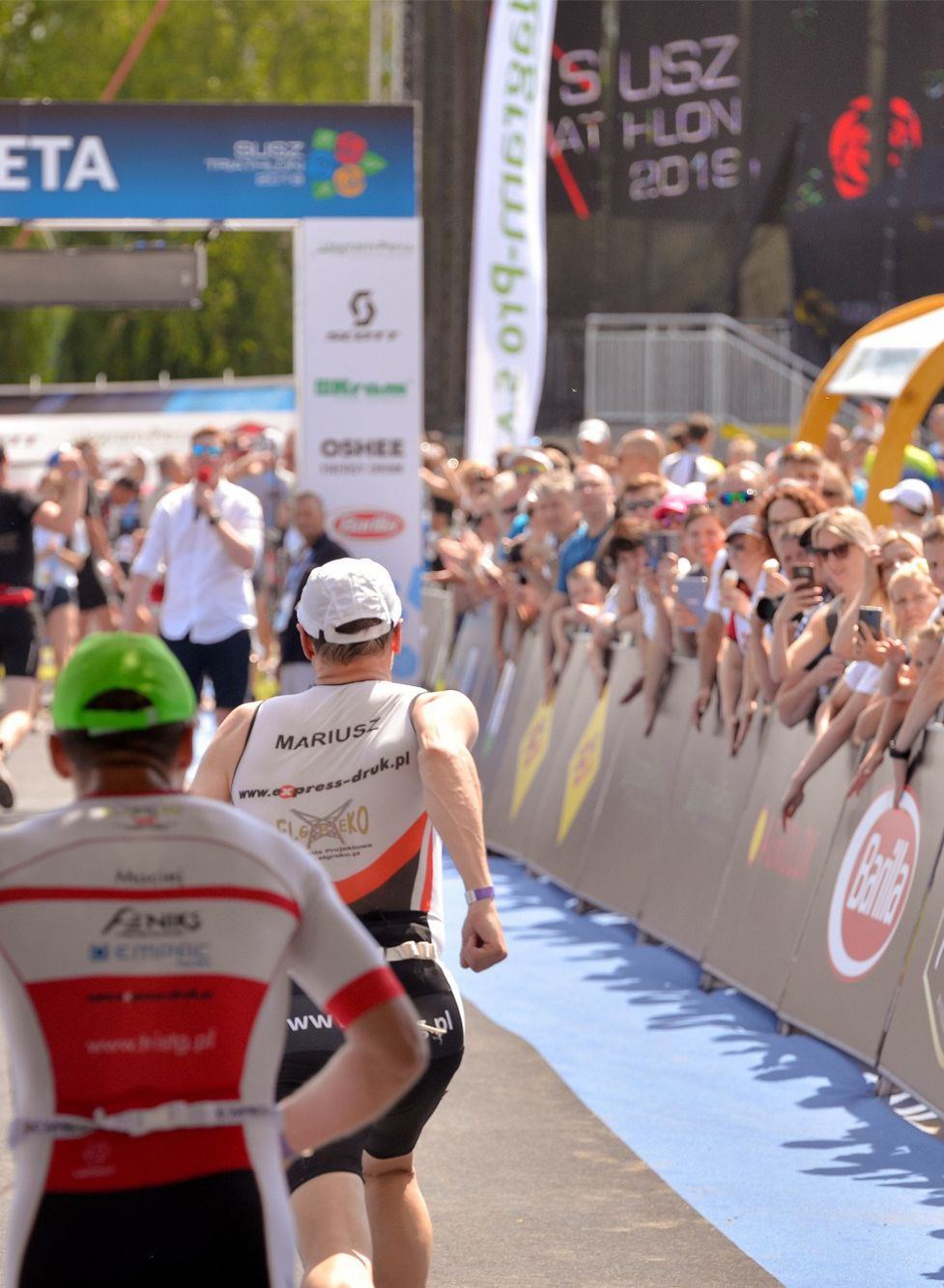 WHAT MAKES OUR COMPETITION SPECIAL?

The importance of Triathlon Susz lies in its long experience and many yars of tradition as the competition has been organised here in Susz since 1991.

Susz is claimed to be an informal "capital of the Polish triathlon". The first competition that took place in Susz was the first national Sprint Triathlon and the year was 1991. The organisational success was credited to public transport accessibility, exceptionally good infrastructure of the area and hospitality of Susz residents. It all persuaded the local authorities to continue triathlon competitions on a greater scale.

In 1998, the Polish Triathlon Association offered our city the opportunity to be the organizers of European-level competitions. Susz took up this challenge and on 20th June, 1998 the European Triathlon Cup in Susz took place here (the first and last in Poland). It was a great sporting and media event. About 250 competitors came, including European and world leaders. The EUROANPORT Television broadcast the coverage of the EUROPEAN TRIATHLON CUP in the 30-minute program.

In 2016, Susz celebrated the 25th anniversary of organizing the triathlon competition. Almost 1,900 athletes from Poland and abroad, including the best Polish triathletes, with the Polish representative at the Olympic Games in Rio De Janeiro, Agnieszka Jerzyk, entered the jubilee edition.

Today, after 29 years, Susz Triathlon is a cult triathlon event. Every year, over 1000 athletes check in at the start line in Susz. If we add another few thousand people who support the competitors on the cycling route, cross-country route and at the finish line, we get an attractive event that combines demanding sport with entertainment at the highest level.

Therefore, SUSZ- THE CAPITAL OF POLISH TRIATHLON is a phrase which is well-grounded. It has also been patented and is a registered trademark.

Competitors who finished the competition in Susz emphasize one more important argument for subsequent starts in our city. It is the unique atmosphere prevailing during the event.

The inhabitants of Susz are perfectly familiar with all the rules of the competition.  There are numerous fan zones along the way, where spectators cheer for the athletes to achieve best results. Some part of the bicycle course covers an area outside of Susz and runs through a couple of smaller towns around Susz. However, even there one can find special fan zones organized by the locals.

A wonderful work is done by volunteers, who help the competitors during the race. They serve cold drinks, fruit, water soaked sponges or small bags of ice in order to help athletes minimize the high temperatures  in June. Approximately 200 people volunteer to help organize the evnt every year.

The organisation of such a big event presents an enourmous challenge to the whole community, which they always rise to.